I returned from a semester in Spain four years ago this past May. Four years is a long time, and I didn’t really do much to document the trip at the time. The camera I was using (that I bought specifically for the trip, earning money by hawking Penn State clothing and paraphernalia in a very student-centric convenience store in downtown State College) was frustrating to use. Posting a few photos now and again and writing about it will, I hope, cement things a little better in my head and help me not forget.

I lived for five months in Salamanca, an old university town in the autonomous community of Castilla y León. It’s about a two-and-a-half hour train ride from Madrid, which made trips to Barajas airport in the capital more or less convenient.

I got there in the middle of January. Everything was grey. “Nueve meses de invierno, y tres de infierno,” or, “Nine months of winter, and three of hell.” An astute summation of the weather patterns in Salamanca. 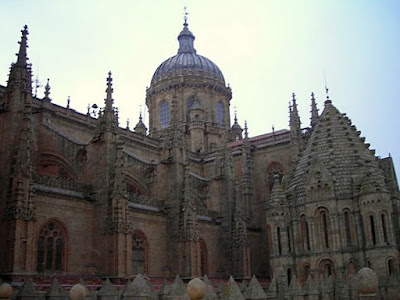 Like every old Spanish city, Salamanca has a pretty impressive cathedral. If you pay enough euros, you can take a self-guided tour, and climb to the top to look out over the city roofs. 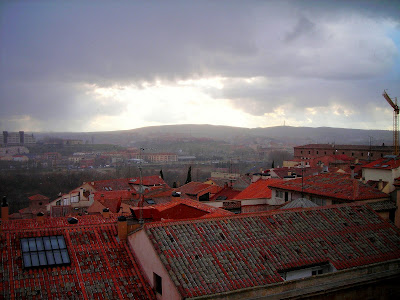 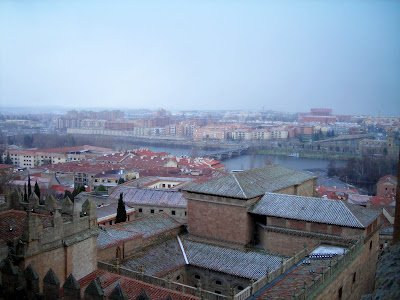 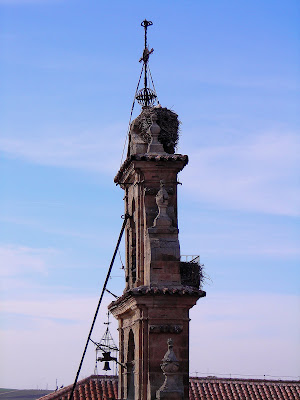 You can almost see the mama stork’s head sticking out of her nest. 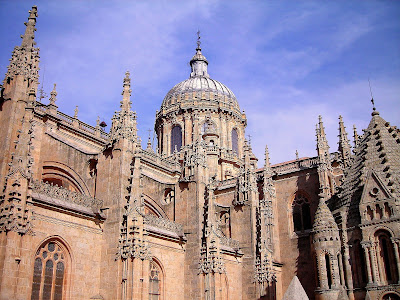