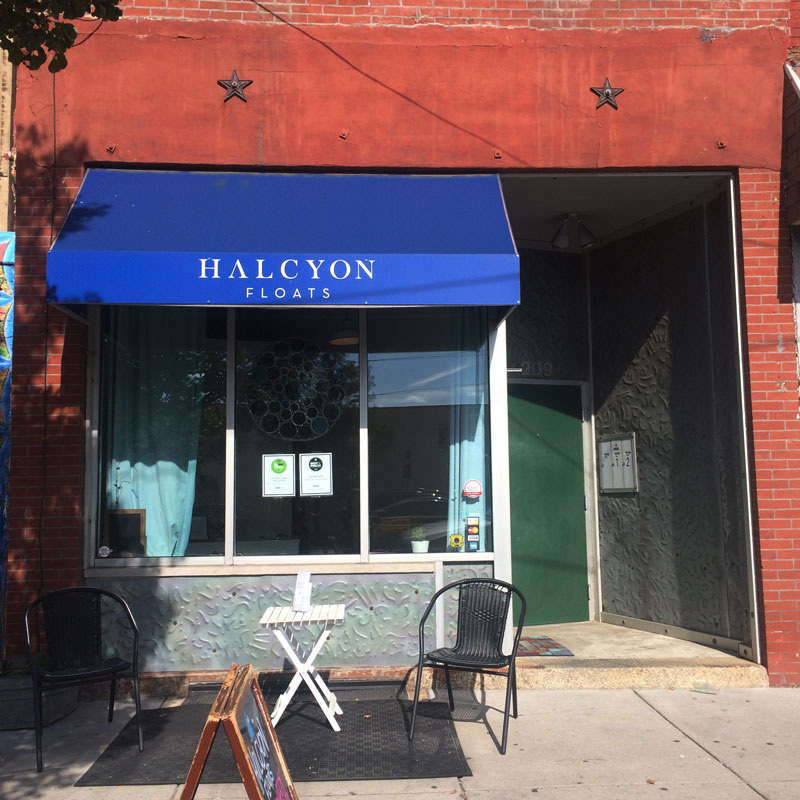 Back in undergrad at Penn State, our friend Jeff told us about this crazy thing he’d learned about — sensory deprivation tanks. Basically, he explained, you climb into a small, pitch black pool filled with really salty water the same temperature as your skin, and float there, in the silence and the dark for an indeterminate amount of time, feeling nothing. He was super intrigued. So was Chad. I was super terrified.

At that point in my life, I had negative interest in being that incredibly alone with myself for any length of time. I pictured the need for a panic button. I was sure it would break me somehow. It didn’t sound relaxing — it sounded like a recipe for a mental breakdown.

But then I found myself, six or seven years later, standing outside of Halcyon Floats in Philly. When they first opened, Chad couldn’t stop talking about it. I secretly bought him a float for his birthday. A few days after I bought it, I asked him what he wanted for his birthday. He said he wanted us both to float. Whoops. No thanks.

When I told him what his gift actually was, he was grateful and excited to go, but when it was over he insisted that I try it out. I again refused, and he let it drop for a few months.

But when I came up with the idea of making our Philly Bucket List, he added floating together (not in the same tank, just at the same time) to the list. So I finally gave in. And that is how I found myself standing in front of this a couple months ago. 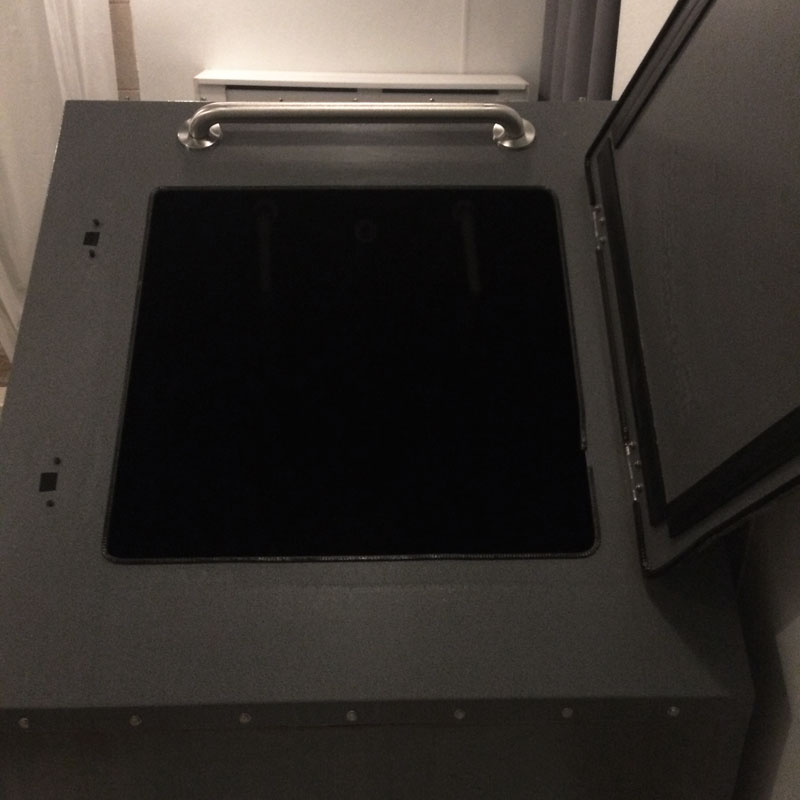 Please excuse this less-than-stellar photograph. I wanted to show what the float tanks actually look like, though, since I had been so curious prior to my float.

I opened the door of the tank and stared at it for too long, apparently, because when I finally positioned myself and closed the door, I was kind of chilly for awhile. I think I let too much heat escape while staring into the darkness preparing to enter. The water level is pretty low, but the high salinity does make it kind of slippery when you first step in.

Halcyon Floats provided a nice little floaty, glowy, gentle light and recommended it for first timers, so I put it near my head and tried to position myself squarely in the middle of the tank, but it’s hard not to physically drift around the tank as your consciousness drifts off. Once I was able to let go of the need to be squarely in the middle of the tank, my thoughts finally turned off.

My daze was thicker than the dream state that sometimes happens during savasana after a particularly great yoga class. I don’t know how long I was there, not awake but not asleep. I’m not sure what jolted me out of it, but suddenly I was aware of myself again. Very aware. I had no idea how much time passed, so I couldn’t tell if I was close to the end of my session or if I still had a ton of time left to settle down and try to drift off again. I started getting antsy to get on with my day, but the panic I feared years ago never happened, and it was way more relaxing than I expected it to be.

There are little speakers in the tank behind where my head was. When your session is over, the staff starts piping in music, very quietly at first, but it gets gradually louder. I was pleasantly surprised that the “wake up” music wasn’t Enya-inspired or the sounds of seagulls and waves, but Devotchka and Tycho.

After my post-float shower (you must shower to get the salt off of you and out of your hair), I met Chad in a little side room where the staff had put out cookies, water, and tea. We sat in some massage chairs for a few minutes, and then headed out.

I’ve heard that a lot of people aren’t able to get into any kind of meditative state during their first float, so I feel like mine was a success. I’m glad I made it without any kind of claustrophobia or panic attack. I’d probably even do it again, if the opportunity presented itself!

If you’re still curious, Halcyon Floats has a great FAQ for first-time floaters. 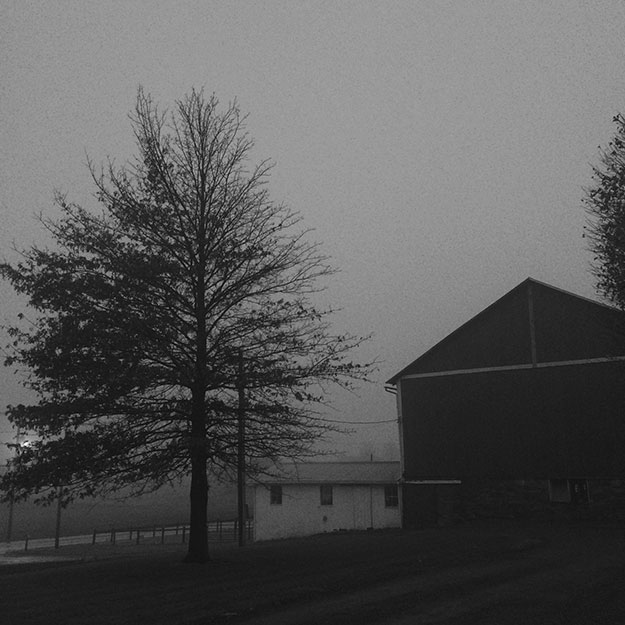 I hope your holidays were/are delightful! I spent mine laying around my parents’ farmhouse, ‘grammin’ photos of a mild rural Central PA winter, working, and eating an obscene amount of cheese.

After a seriously pleasant few days back on the farm, we rolled into Philly late Saturday afternoon. Upon opening the car door to unload many bags and many (ok, just two) cats, city smells and and sounds and air assaulted my senses. Within five minutes, I had a rip-roaring headache and was starting to get whiny. I was missing the clean air and clear head that I’d left behind three short hours earlier.

So, just in case you’re having a rough time transitioning back to the real world after holiday travel, this is what worked for me. Behold, a recipe to feel like a new person.

Prior to this, I think the last time I took a bath was probably the day I got married. Five and a half years ago. So it was high time I get reacquainted with reading in a steamy tub, all alone. It was glorious. I felt like a whole new person after emerging from my steamy solitude, and it’s set the tone for this whole week. Calm. Easy. Low pressure.

This episode aside, I’m mostly spending this quiet week working. The week between Christmas and the new year is a beautiful pause. It feels a little like time has stopped and there’s room for recalibration before really diving back into the everyday tasks. How are you filling this time? 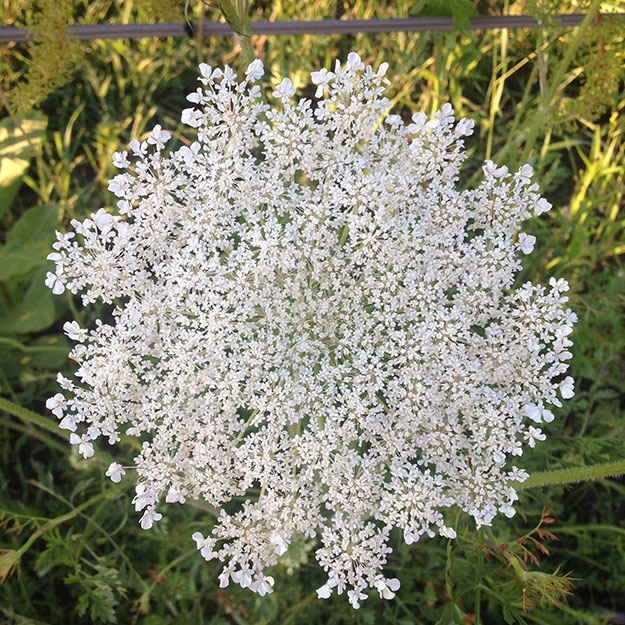