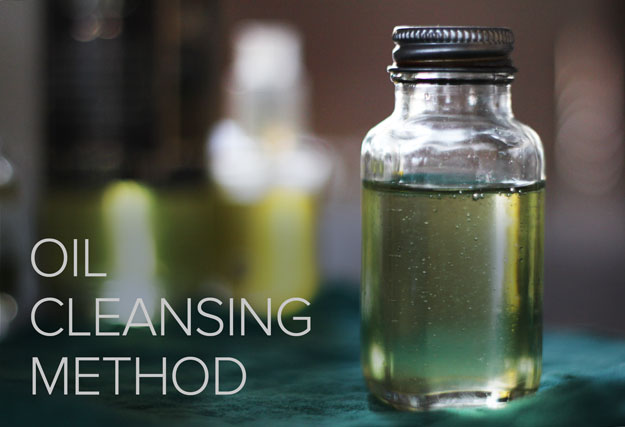 This winter is the coldest of my memory (although, maybe all of them feel like that). It’s the first winter we’ve lived in this apartment, with forced air heat. And while I’m grateful for heat at all with how cold it’s been, the forced air is probably the driest way to heat a place. Between the bitter wind outside and the dry air blowing on me at home, my skin is taking a pretty severe beating. I’ve been on a straight oil regimen for a couple years now, but it’s been even more key this season.

I had been on antibiotics and really harsh prescription acne stuff for years, but for various reasons had to stop taking it. Followed by a trip to sticky, humid Costa Rica on our honeymoon five and a half years ago, my skin was a disaster and I don’t think it really recovered until I started slathering myself in oils a couple years later. Counterintuitive, right?

So, here’s the idea: All the harsh, alcohol-based cleansers we use for broken out skin are drying our skin out even more. So our skin overcompensates by producing more oil, creating breakouts on top of our super dry skin. So, by using an oil cleanse, I’m no longer stripping my skin of natural oils. Instead, I’m hydrating it, but also treating it with more antibacterial oils, like tea tree oil. 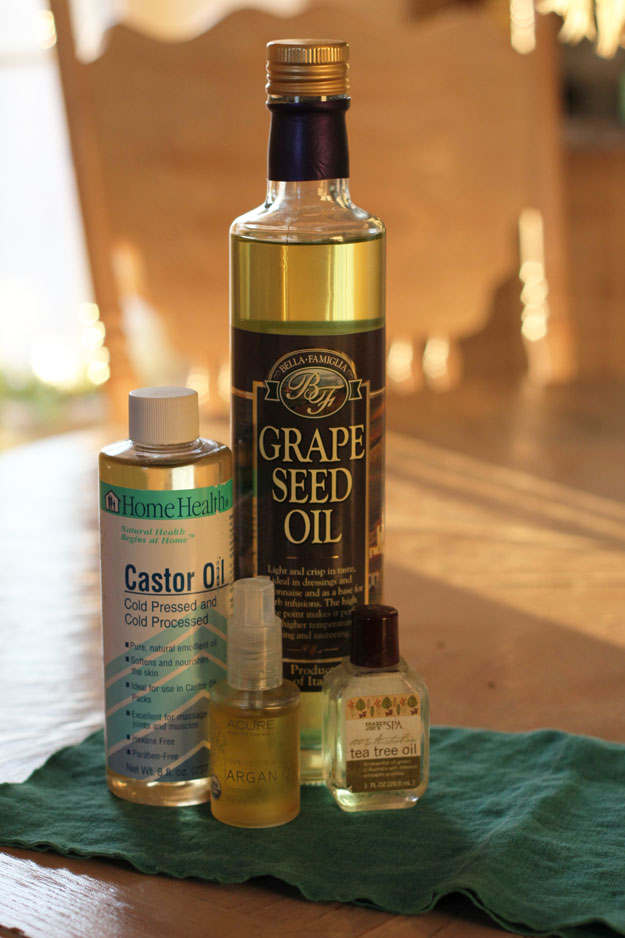 Back when I started doing it, there wasn’t nearly as much written about it online as there is now; I think most of my info came from theoilcleansingmethod.com (I just checked it out again — it’s still an excellent resource). Since then, I’ve tweaked my recipe and just used what I’ve had around the house at any given time. Usually, this consists of about half castor oil, and half jojoba, walnut, or grapeseed oil, with a few squirts of argan oil, and several drops of tea tree oil, depending on the season and what my skin’s been like. I put all of it into a little glass spice bottle & shake it up.

The castor oil is pretty thick, and it’s the oil that’s mostly responsible for drawing out blackheads and dirt. The jojoba or grapeseed or whatever other oil of your choice should be thinner than the castor. This thins out the castor oil and helps it get into your pores a little more. The tea tree oil is antibacterial, and when I started using argan oil as a moisturizer, I began adding a little bit into my oil mix, too.

A couple times a week, depending on the season, I pour some oil into my hand and massage it into my face. Then, I run a wash cloth under hot water and drape it on my face so that the heat and steam open my pores a little more & release the junk (which I can actually feel under my fingers when I massage the oil into my face — ew). Sometimes I repeat the steamy wash cloth step a couple times. Then, I’ll be sure to wipe all the oil off of my face with the washcloth, and splash some cooler water on myself. It really feels great, and my skin feels so soft when I’m done.

Aside from my face, I’ve been slathering the rest of myself in coconut oil every day. It’s like giving my parched skin a drink, and it feels so good.

There is a disclaimer: The oil cleansing method has worked really well for me, but I do know a couple people who’ve tried it to not-so-awesome results. If you have skin that’s super dry, but that also breaks out relentlessly, it’s definitely worth a try. But if you’re not dry, or have mostly oily, broken out skin, at least be warned that it might not work for everyone.

Have you tried it? Did it work for you?