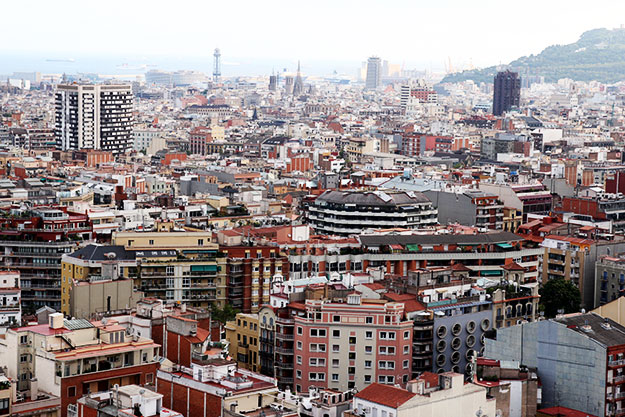 In 2007, I spent six months in Spain, and only 36 hours of that in Barcelona. Those 36 hours turned out to be incredibly eventful — long enough to stand outside the Sagrada Familia and wish we could afford the small entrance fee, long enough to get tricked into eating 15 euro frozen-dinner tourist paella, long enough for me to break down and eat the first macaroni and cheese I had in six months at a Hard Rock Cafe, long enough for Chad to lose his debit card and me to get panicky and furious when he wouldn’t let me dig through his bag to help look for it, and long enough for it to become clear why he didn’t want me digging through said bag. Thirty-six hours in Barcelona was long enough to see the most heinously touristy few miles I’ve ever experienced (hi and bye, Las Ramblas), and long enough for 20-year-old Chad to propose to 20-year-old me. It was long enough for me to realize that I had just paid for my engagement dinner of Hard Rock Cafe macaroni and cheese with my mother’s credit card that I was only to use in emergencies. 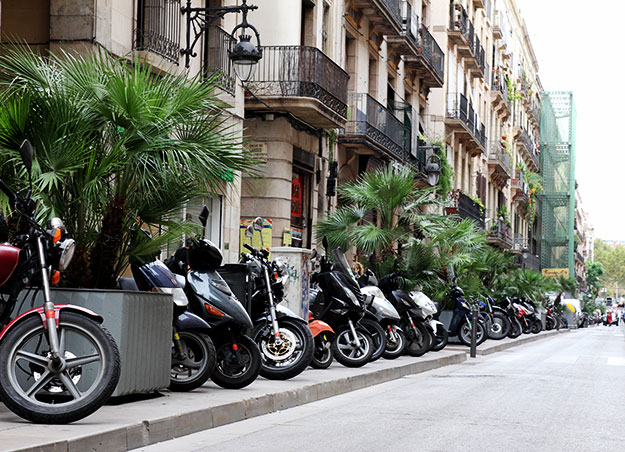 This time was much different. We had more than 36 hours, and though our time there was nothing short of spectacular, it was a lot less life-altering. There was less time bickering about lost debit cards and a lot more time spent getting lost in El Born. There was less time wishing we could afford to go into the Sagrada Familia and much more time spent being blown away by its interior. 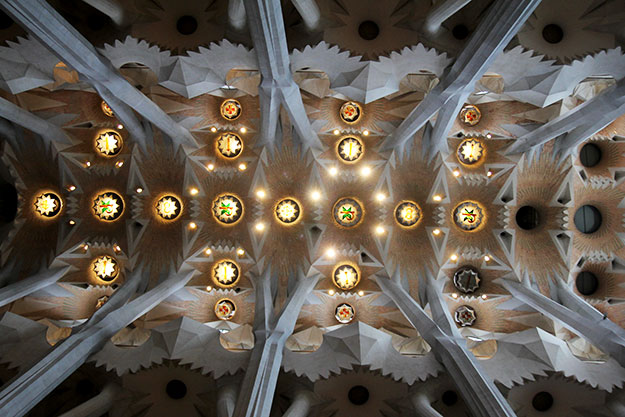 Never before in my life have I experienced architecture spiritually. Walking through the Sagrada Familia somehow feels like walking through a sacred forest. They literally had to kick us out at closing time. 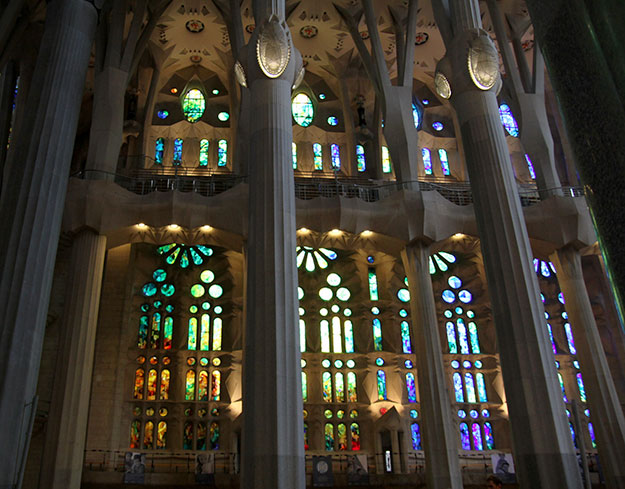 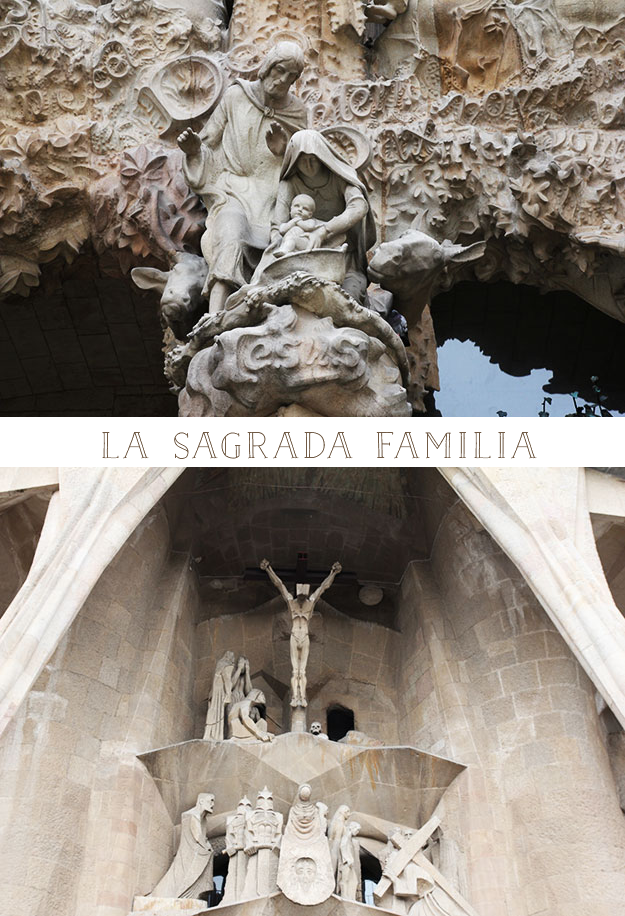 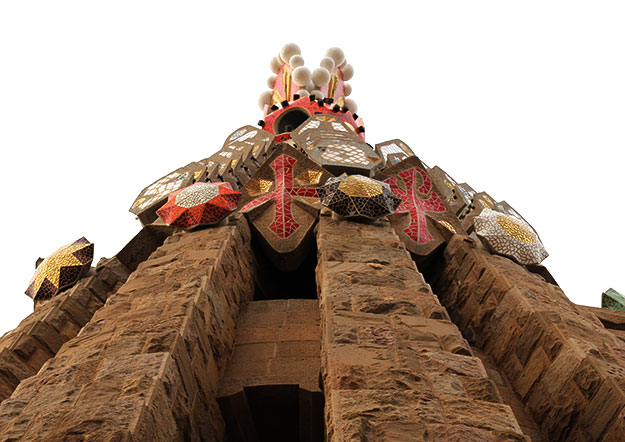 There’s something so magical and natural about the cathedral. It’s highly stylized, yet somehow organic. 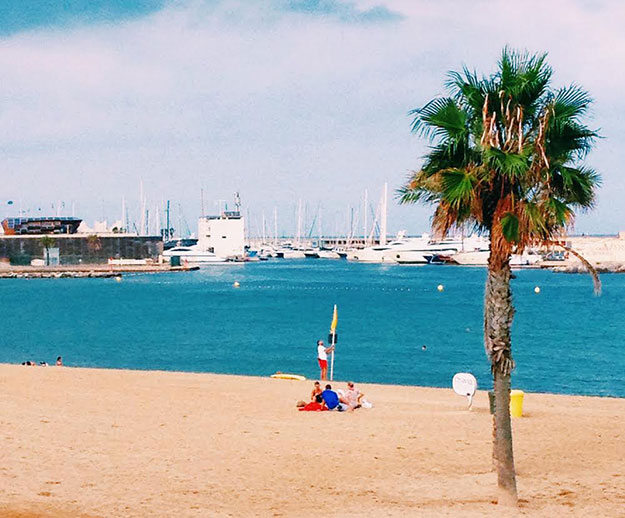 We also had time to briefly hit up La Barceloneta and walk towards the Olympic Village. We tried to approximate the spot where Chad proposed, but it was hard to tell. I suspect it may have been along this stretch of beach or a little beyond.

The city itself is full of art and curious nooks and crannies waiting to be discovered. It feels like everyone’s an artist, eager to share their work. Like these two, who hang out by the line to the Picasso museum. 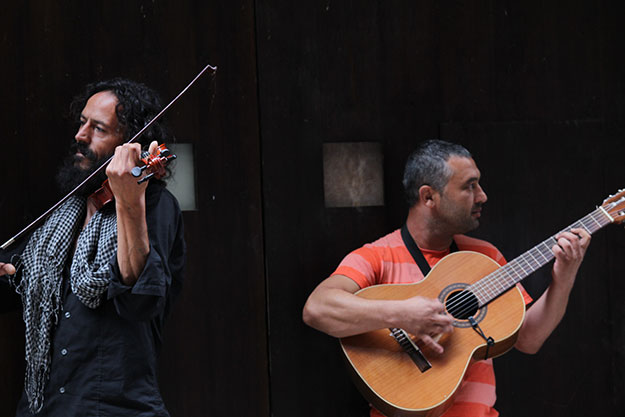 This morning, Chad bought our plane tickets to San Francisco! I’m hoping to find some interesting places to go. My travel M.O. has typically been to wander around until I find something that looks interesting. This often results in hunger, exhaustion, and frustration, especially if other people are involved. (The day we wandered up and down Las Ramblas until I got so grumpy I begged Chad to stop and buy me ice cream from a McDonalds (McDonalds! Of all places! We were in Barcelona for goodness’ sake! It didn’t matter. I was hungry and tired and wilty and whiny. I needed calories.) comes to mind.)

So, I’d like to pick out at least a few specific sights to see, places to eat, and routes to wander. I’ve already started researching our options, and I wasn’t sure how to keep track of my links so far. So here’s what I’ve found. I’ll be certain to add as we go along.

826 Valencia is already on my non-negotiable list. We’ve been to the Superhero Store at 826 NYC, but I’d love to see the original center in SF. Now, if I could just get myself to 826 National 101. I would definitely go if we happened to be there when it’s going on. Alas.