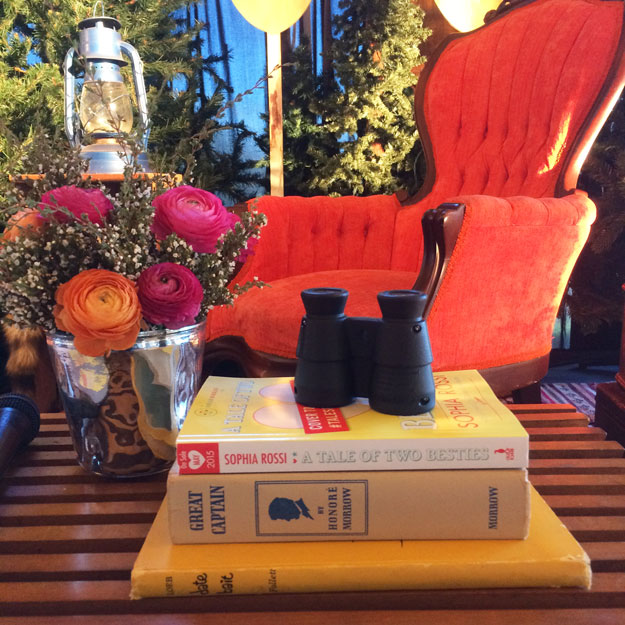 It’s been quiet here. It hasn’t necessarily been intentional or planned, but after what can only be described as an insanely fast trip to Austin for Texas Style Council, followed by no time to allow for an introvert hangover recovery time, I’ve needed a few days to collect myself.

I remember years ago, sitting at my desk in our bedroom in West Chester, waiting for the next part of my life to start, I’d sprinkled in some fashion blog reading throughout my normal online rotation. I always secretly admired the fashion bloggers for their zero effs given. They wore what they liked & weren’t afraid what people thought. Feeling vain and self-conscious never held them back! They had things to say and things to share and it didn’t seem like they ever doubted whether anyone cared about what they wrote. Not in a bad way — they just did it because they liked to. I thought I’d never be able to pull anything off like that.

I remember seeing them all head to Austin to hang out with each other at this thing called Texas Style Council, and wondered about how awesome it would be to have a crew of amazing, creative friends from the internet to hang out with in person once in awhile. So last winter, when Chrystina told me what an awesome time she had last year, it was a pretty easy sell to convince me to go to the last one there ever would be — an epic retreat of a weekend at a Girl Scout camp outside of Austin, where we’d be focusing on relationships and connections over numbers and stats.

There were new friends and old friends and friends whose faces I’d only seen on screens until that weekend. There were people I’d just met at Alt! Rather than frantically trying to figure out how to get more eyeballs on our stuff (which I kind of almost always feel sleazy and weird about), there were frank talks on things like making more connections in person, what to do when it feels like nothing’s working, the importance of finding (and being!) a “friendtor,” and how to take an honest-to-goodness rest when you need it.

But more than anything, this is what I’m taking away from Texas Style Council: There are people who care. There are people who want to read your words and hear your stories when this internet writing thing feels like shouting into a void. There are conversations that spark new ideas for projects, for essays, for photographs and collaborations. There are people to whisper things into your ear to remind you. Things like strong, beautiful, friend, talented, genuine, so that when you head back to the real world and things feel just a little too harsh, you have something to remember. There is enough for all of us, especially if we’re willing to be honest.

Huge thanks to Indiana and the whole team for the insane amount of work and resources they’ve put in to this event over the years. While I’m sad that 2015 was the last of it, I’m very grateful that I was able to attend. I’m coming away from it refreshed and challenged and intrigued by new thoughts. If you want to get a visual feel of the whole weekend, Chelsea captured it perfectly. There are also more recap posts over at TxSC.

I recently set up a redirect over here from my old url. If you haven’t updated your Bloglovin’ feed yet, now’s the time to do it!