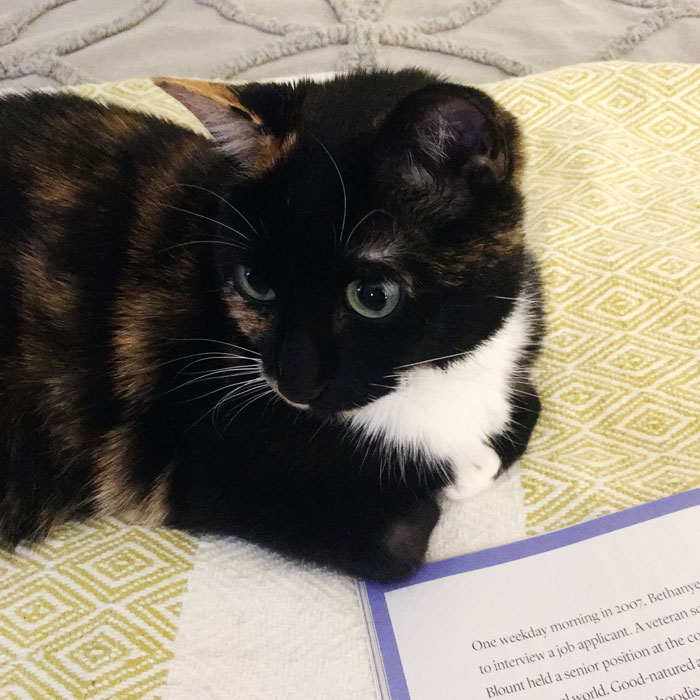 This is one of the cats we would hang out with.

We had people over the other night. We grilled hamburgers from my parents’ farm, and melted cheese on them. Cooper sharp. It’s the best. Chad grilled some squash and made a salad. I made dessert, which we didn’t end up eating. So now my house is full of dessert, which I don’t mind at all.

Chad had been wanting to do this the whole time we’ve lived here, over a year. I’m resistant. I’m anxious about hosting for a number of reasons. Maybe I’ll share more about that sometime. Chad would often want to text a bunch of people and see who was available. I told him I needed more warning. Plan something ahead, and add it to my calendar so that I had time to mentally (and culinarily) prepare.

It was fun! The cheeseburgers were delicious. Our guests brought some tasty wine and beer. The squash was somewhat undercooked, but whatever. I hadn’t really thought about where we’d eat, but it was a nice night so we stayed outside. We have no patio furniture yet, after over a year. Patio furniture is expensive but optional and house upgrades are expensive but not optional, and also I don’t know what I want yet. So we huddled around a makeshift coffee table in various folding and kitchen table chairs. It worked out. It was fine. Nice, even. And resulted in a potential new friendship.

I think it’d be delightful to have an unplanned Twitter cat salon, as Lauren put it. But it might not be able to be unplanned, or organized via Twitter.

So. Does anyone (please no rando internet creeps, though) want to sit quietly in my backyard and drink wine or La Croix with me and my cats at a mutually agreed upon time in the future? Conversation optional. Feel free to bring a book. Maybe there will be dessert. 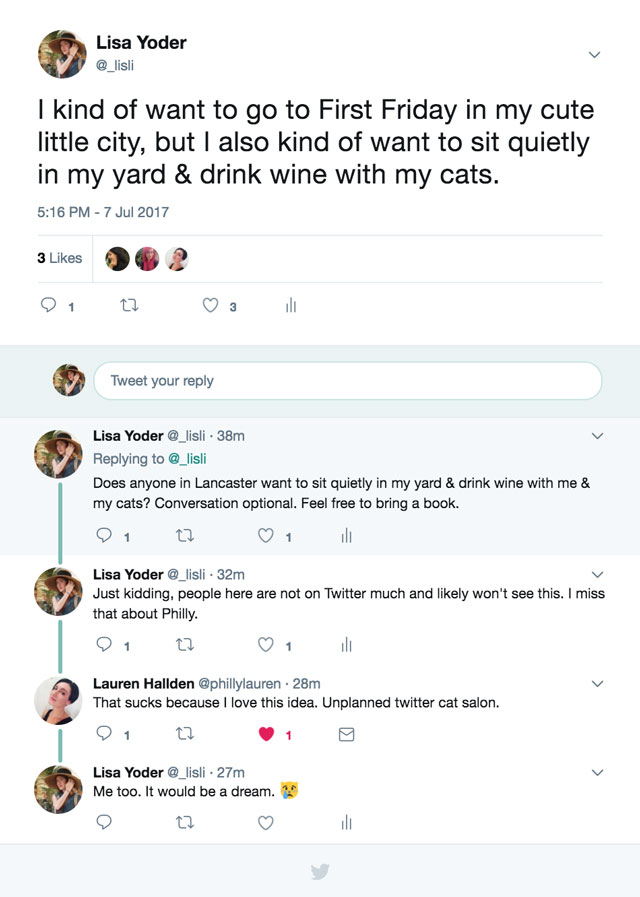