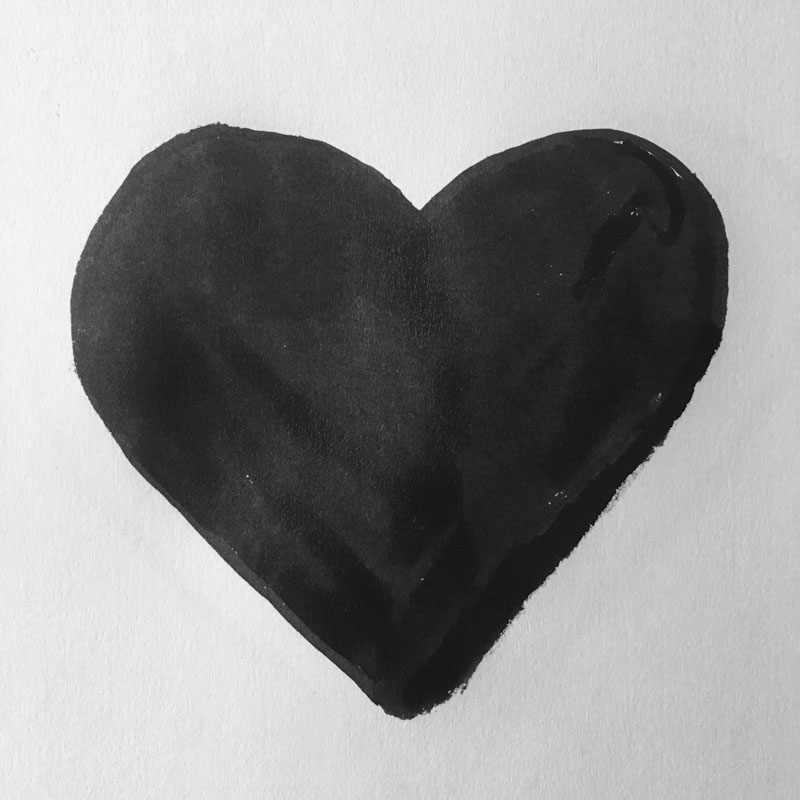 There were things I wanted to do this week. I have a to-do list a mile long. I’m behind on client work, writing, and maintaining any semblance of tidiness. I was going to write two more talks, catch up on client work, speedily recover from a minor surgical procedure, launch the rebuild of this website, write a roundup of warm drinks in Lancaster, have fun with JavaScript. I was hoping to celebrate with creme brulee. I did almost none of those things.

These are my scattered thoughts. I don’t know if I’ll leave this post up forever, but here it is for now.

It is generally not my MO to be publicly political. My background (and my personality!) dictates that I’m “the quiet of the land.” I generally dislike loud politics on either side. I’m quiet. I appreciate thoughtful, non accusatory discourse. If I’ve talked about politics, it’s been with the closest of family and friends, behind closed doors and politely. But I can’t not say something after this. I wish I’d said more before this. I regret that I didn’t.

The first thing I said while coming out of anesthesia after minor surgery on Wednesday morning was, according to my partner, “Trump won.” He said I grimaced. I don’t remember this, but apparently I was (and am!) so disturbed to my core that even while basically unconscious, I had not forgotten the horror we woke up to that morning.

The horror was always there, of course. As an upper middle class white lady, I could choose not to see it. But it’s been in us all along, waiting for the right figurehead surrounded by the right sycophants to stir it up and bring it out into the light of day. And now, because we created this, we have got to see it. We have got to look it straight in the eye and quit denying its existence.

I’ve long been aware that there is an enormous disconnect between rural “flyover” country and major cities. It’s a tension I’ve lived with for the past seven years. I consider myself privileged to have grown up in the country and then lived in a major city. I’m grateful for the perspective those two things have given me, and I see the beauty and advantages to both. I can also be critical of both. I’ve resented how city people (the “coastal elites,” as I’ve been seeing online recently) think the world revolves around them. Admittedly, I’ve been easier on people from the country, in such a way that borders on condescension — Poor them! There aren’t good jobs there! They’re less educated! They don’t have access to all the awesome stuff and resources in the world! But they are just as insular as the people who think the world revolves around major cities. Of course, these are both generalizations. But when you don’t know a single person whose life experience differs from yours, it’s much harder to imagine that those people actually exist and live and breathe and hurt like you do, and that your political choices have a profound effect on them. This cuts both ways. We can’t demonize each other, and we can’t accept hate from each other. Hillbilly Elegy has been on my reading list for awhile, but it’s about to get bumped up to the top.

And I want to say a few things publicly, on record, for accountability’s sake:

Queer friends, lady friends, friends of color, stateless friends, immigrant friends, friends of different faiths (yes, this includes Muslims), and differently abled friends: You have deepened and broadened my life and perspective in ways you can’t imagine. My life is better and richer for knowing you. I am incredibly grateful for that, and I am so glad you are here. You are welcome in my home and in my life.

I have long considered myself a feminist. I don’t want my feminism to be a watered down white lady version that only benefits myself. It has never been more clear that we all need to be more mindful of intersectionality. I will aim to elevate and amplify voices of underrepresented groups. I’ll do my best to educate myself, because it is no one else’s responsibility to educate me on issues of race, class, socioeconomics, etc, but I humbly ask that if you see or hear me act in a way that doesn’t reflect this, please kindly call me out. I purpose to listen and learn.

Some people are saying, “God is still on the throne!” If this is something that resonates with you, please know I agree with you! However, believing that this is true does not make it easier when someone is sexually assaulted in a hallway at school (which, by the way, used to happen to me regularly but covertly, and is now happening brazenly to 10 year olds) or a swastika is painted on the side of a building someone walks by every day or a kid is denied access to a classroom because other kids are forming a human wall. There are very real, very hateful, very dangerous things happening, and it’s incredibly disrespectful to dismiss that with a platitude. This is a totally empty thing to offer especially if you’re not denouncing hate crimes. If your candidate won and you find these things appalling, you have a major responsibility to denounce what’s happening and contribute to fixing this. No excuses. Do something.

We all talk about moving. I know people who are serious. I’d be lying if I said Chad and I haven’t talked about it. He got a job offer in Oslo a couple years ago. I could probably get one too. We’re both fully location independent right now. We could very easily leave. But at the moment, I feel a moral obligation to stay and try to fix this. I’ve dreamt about living internationally since I was a kid, but I do not want this to be the reason why. As straight, married, white people with the means to actually move, the next four years are going to be a lot easier for us than they will be for a lot of other people. And those people need allies to stay with them.

In the coming weeks, Chad and I are going to sit down and consider ways we can be actively involved in supporting the refugee population here in Lancaster. I’ve wanted to do this since we decided to move here, but it’s time to really get to work now. I also want to pick some new places to send money.

Speaking of getting to work, I’ll end on a note of beauty, via Mary Oliver:

I go down to the shore in the morning
and depending on the hour the waves
are rolling in or moving out,
and I say, oh, I am miserable,
what shall–
what should I do? And the sea says
in its lovely voice:
Excuse me, I have work to do.

Excuse us, we have work to do.