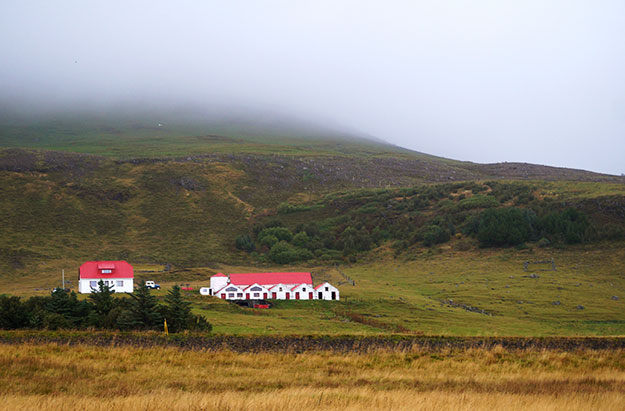 Ever since 2012, when Chad and I decided to go to Iceland (kind of on a whim, but also because of Sigur Ros music videos) because it was cheaper than going to Spain, we’ve been more than a little preoccupied with the thought of going back and staying there. For awhile. Like a year.

I don’t know if it was the clean air, lack of bugs, or this article about how some crazy high number of Icelanders will publish a book in their lifetime, but we are still hooked a couple years later.

So when our dream apartment (800 square foot balcony. In the city. Yes, that is totally unheard of.) fell through, Chad started talking about how we could just move to Iceland instead of trying to find a place that would only be second best to the apartment we’d been dreaming of. I wasn’t totally convinced, but we decided to look into it, just to see. How many adventures start with “Let’s just see,” or “What would it look like if we…”?

And thus began a four-day frenzy of researching what it would take to become legal expats in Iceland while weighing the option of taking a second best apartment in our neighborhood. We needed to talk to close friends and family, just to get thoughts from people who love us, research how to get our cats over there, think through job implications, and work through visa options.

Turns out, it’s really difficult to move to Iceland. We’d have to quarantine the cats in an Icelandic facility for four weeks and pay about $1200 per cat. (Leaving them here is out of the question; I don’t think I could be without them for a whole year.) As far as we could tell, there’s no middle-ground visa that lets you work for an American company but stay abroad for more than three months. Chad even wrote a very nice email to the Icelandic government politely assuring them that we wouldn’t take any Icelandic jobs.

Would we have actually up and moved to Iceland just like that? I don’t know. Maybe we’ll revisit the idea someday when we’re in a different season. But I feel better knowing that we had an idea, researched all possibilities, followed it through to the end, and arrived at a solid conclusion. We can safely cross it off our list of possibilities for now without wondering “What if…?”

Thanks to some encouragement from Melanie awhile back, I’ll be sharing more thoughts and experiences from our time in Iceland over the next week or so. The Iceland Series is finally happening at long last! Here’s some Sigur Ros to get us in the mood. Enjoy!