I had never seen her speak and I’ll admit I hadn’t read her blog, so I really wasn’t sure what to expect. But Garance Doré is one of the warmest and most relatable speakers I’ve ever seen. Even in an auditorium of 700 people, she oozed charm and warmth. I’m pretty sure each one of us felt like maybe she was our potential new best friend, speaking directly to us about her own mistakes and foibles like an older sister or glamorous, more experienced, European study abroad friend. I could’ve listened to her talk all day long.

I won’t try to dress it up more than necessary. Everything she said was perfectly quotable. Garance has got the effortless soundbyte down. So, without further ado… 1. “Numbers aren’t important. The masses are scary. What’s important is to talk to individuals.”

This is so important for writers of any kind. Garance emphasized that she thinks of just one reader, her imaginary very best friend, who listens to her and loves her a lot. How many of us would be better writers if we didn’t try to please the whole world? I know I would be.

2. “Don’t worry about giving people what they want. You’ll be bored. And boring.” 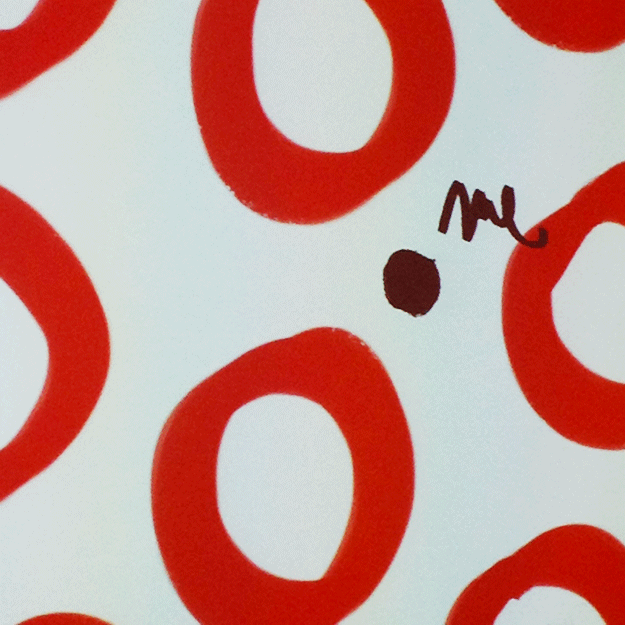 3. “‘Niche’ is actually ‘dog house’ in French. So it’s never been very appealing to me.”

I have a feeling that I’m not the only one who has struggled with feeling like I don’t have a niche. So this was super encouraging. I’ll write about whatever I damn well please, thankyouverymuch. I’ve wasted a lot of time hesitating and not producing because I didn’t know how to figure out my niche. There was definitely a phase when no one would shut up about finding your niche blah blah blah. But each of us are so much more than a niche. That complexity is what makes the world interesting. If I were to pick just one thing to write about, I’m afraid I would feel like I would be denying large parts of myself. That is not conducive to telling an interesting story, and honestly I don’t think I’m quite capable of it, which is why I tend to avoid writing. At all. (But that’s another blog post…)

4. “I will never have the same experience as you. That’s called having a point of view.”

I think Garance gave the example of two women describing an identical pair of shoes. Each woman has different memories and feelings attached to those shoes. Bringing that personal connection to the story is what makes the difference between interesting and mediocre. 5. “Don’t just describe things. Just experience them and talk about it.”

I recently read a quote floating around the internet that went something like, “If you’re not writing, at least be doing something worth writing about.” Perhaps Ben Franklin said that? I’m paraphrasing. Anyway. I’d love to really live by that.

6. On fashion and whether it’s a worthy subject: “Picking a small subject can be a way to talk about a big thing.”

Back when I was doing Street Stories, I struggled with this question a lot. Was street style photography and blogging encouraging superficiality and consumerism? I consider myself a fairly well-informed and intelligent person, and I was afraid I’d be seen as vapid and frivolous. When Street Stories was just an idea, I talked to a lot of creative people I trust about that question. I decided to embrace this concept, though I hadn’t articulated it yet. I wanted to tell a person’s story based on what they chose to wear. I wanted to use a small thing, like an outfit, to talk about a big thing, like a life or a story or way of moving in the world.

I think everyone in the audience tweeted this line. It was the perfect way to end her keynote, and really cemented that I will forever think Garance Doré is the sweetest, most intuitive genius in the world. Yes. Yes, of course, Garance. They will always follow their emotions. Remember that the next time you’re needlessly freaking out over analytics. 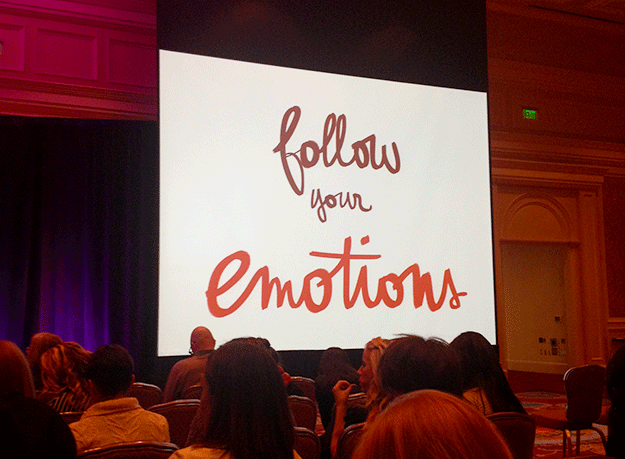