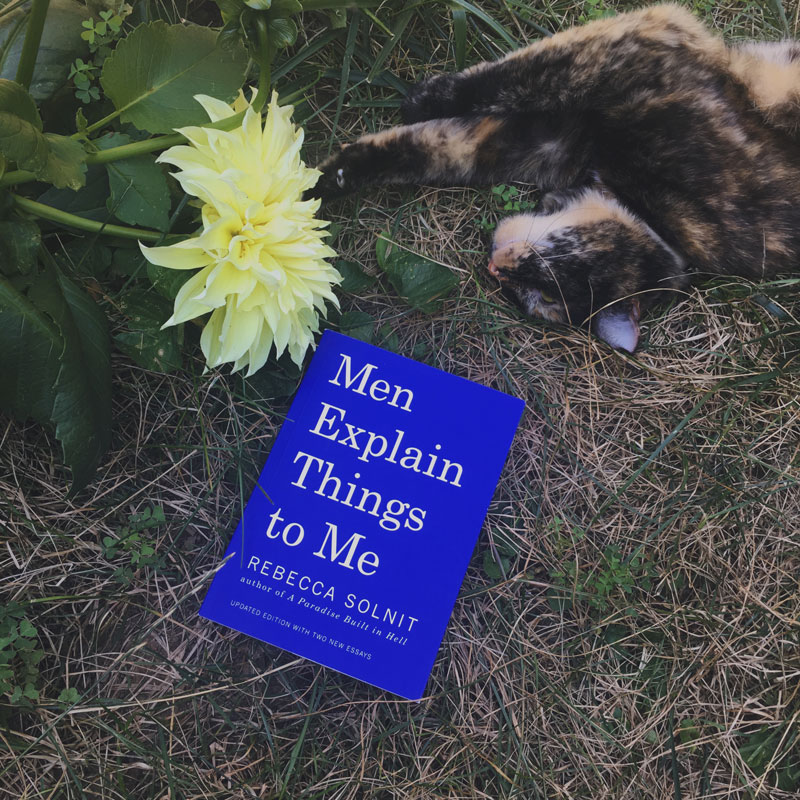 This was definitely a highlight of my week.

It’s the weekend! To celebrate that, and my tentative (semi-regular?) return to this space, here’s good things from this week.

How’s your week been? 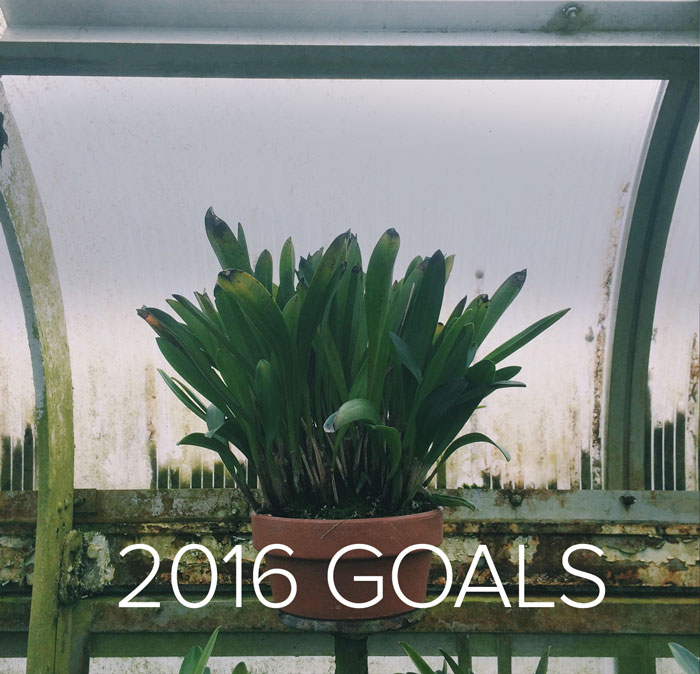 I know I’m late to the party on this, but I didn’t want to let too much more time go by before sharing some of my goals for this not-so-new year. And maybe I’m trying too hard here, but it could be better to focus on goals now that the year has started and we’re in the slog rather than get all starry-eyed at New Year’s and dream about the big things I’ll accomplish. This list is all pretty practical stuff. Like:

Some of these are carryovers from last year. I still feel pretty crappy about how last year passed me by, so it’ll feel great to actually knock some of these out early in the year.

I’m also planning to refer back to my Unravelling the Year Ahead workbook quarterly so that I can check in with myself and stay on track. There are a couple pages that help you sketch out your plans on a loose timeline, so you can tentatively map out how you want your year to go. Of course, things come up and life takes unexpected turns. So I’ll hold it loosely, but still hopefully accomplish more than I did in 2015. 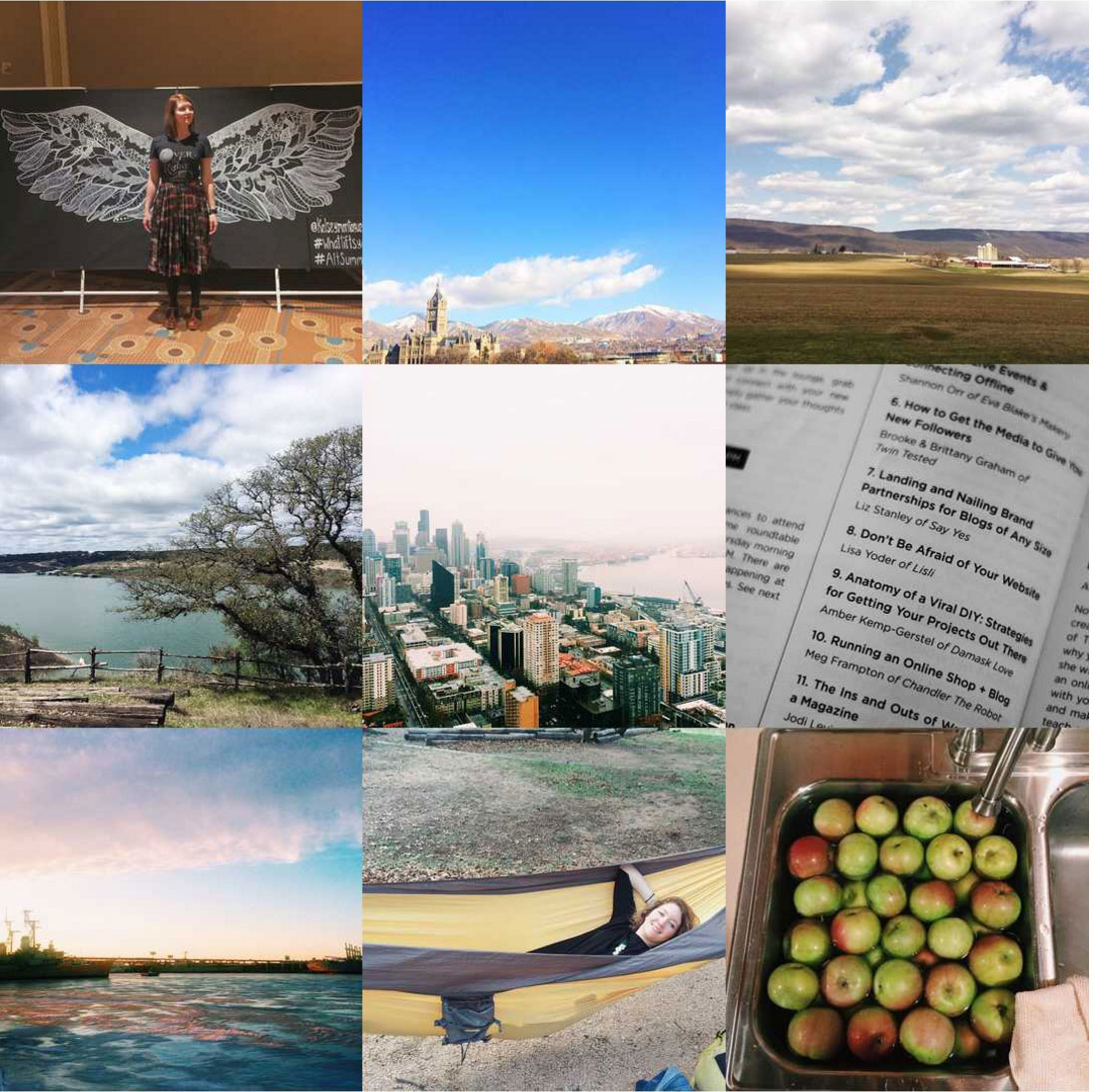 Not every year has to be awesome. It’s inevitable that some years won’t be. Sometimes it’s hard to remember that, especially when everyone on Twitter is all “2015 was flawless!” and “Saying goodbye to a stellar year!” Frankly, I couldn’t be happier that 2015 has seen its way out, may the door hit it.

But now a blank slate lays before us, even if it is an arbitrary one. Maybe the hope and potential of a blank notebook, an unmarred landscape, is why people get so excited about NYE. I guess I can get behind that.

Even after years like this one, where the things I wanted most were both totally out of my reach and totally out of my control, it helps me to go over the highlights so I know that it wasn’t a total wash. I did some cool things, even though they are sometimes overshadowed by the stuff that didn’t happen the way I’d anticipated. And I accomplished some things I hadn’t planned to at the beginning, which always feels great. So here it is, my year in bullet points. But only the good ones. 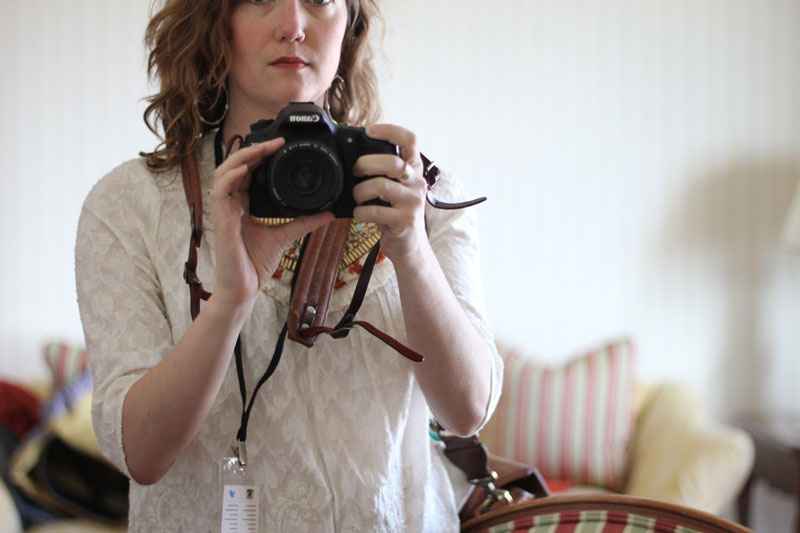 Events Where I Spoke, Taught, or Organized:

Conferences I Attended (not including those in which I spoke):

It seems that most of the events I attended this year were because I was speaking, teaching, or organizing them. I want to come up with a couple topics that I can focus on developing talks for this year to do more speaking, and I also want to attend more educational events where I can focus on being a sponge and learning a ton. I was so excited to get accepted to speak at Alt Summit this summer. It was definitely a highlight of the year and I really hope I can speak there again soon. 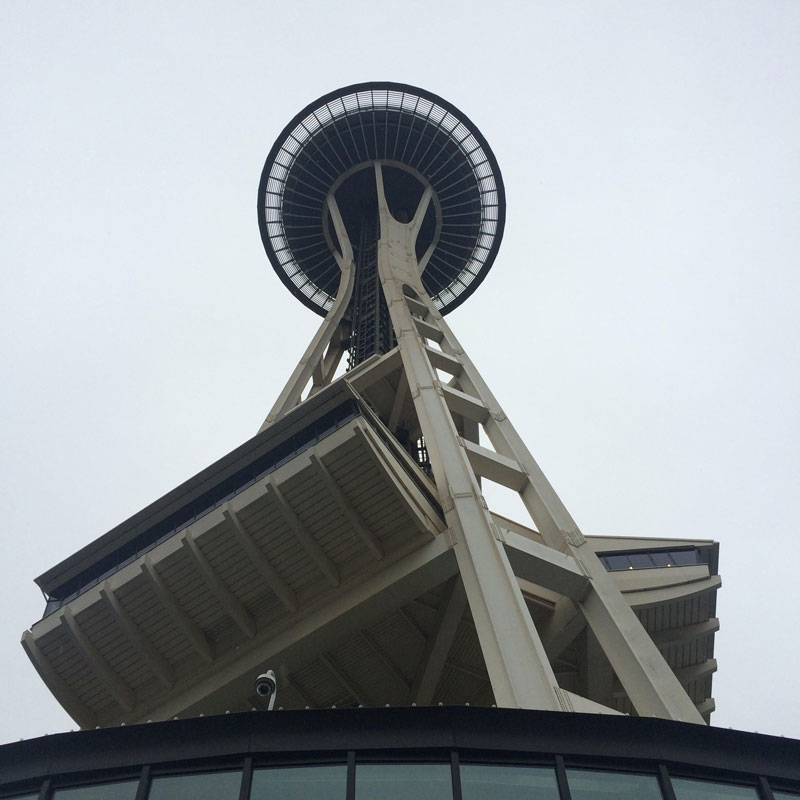 This was definitely not my most exciting travel year (there were good reasons for that), but we did a lot of little trips. We have some plans in the works already for 2016 to be a more interesting year of travel. 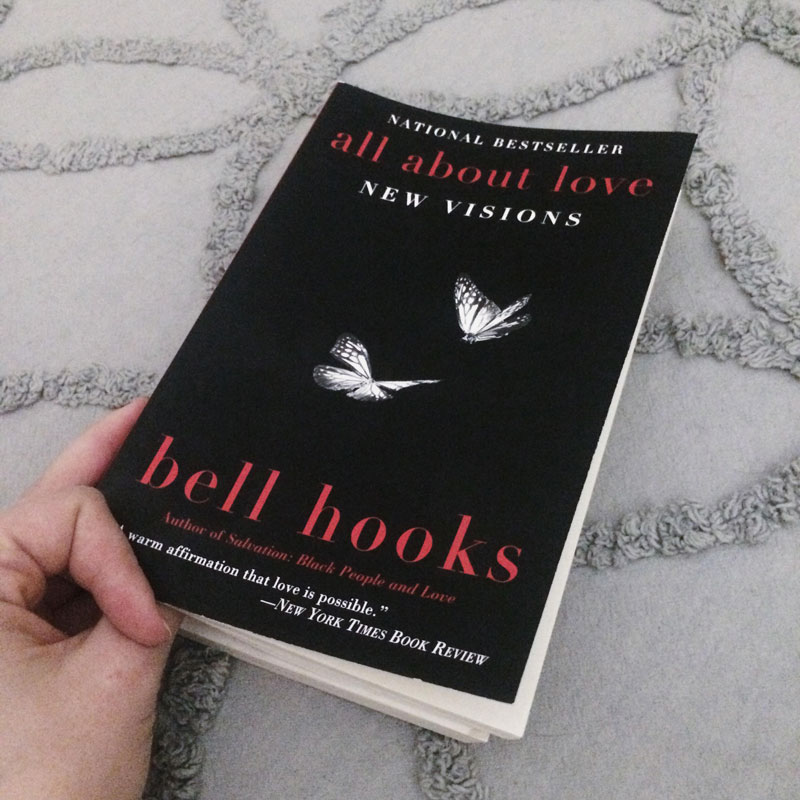 I’m pretty sure there were more, but this is what I can remember off the top of my head. I want to keep better track of what I’m reading in 2016. 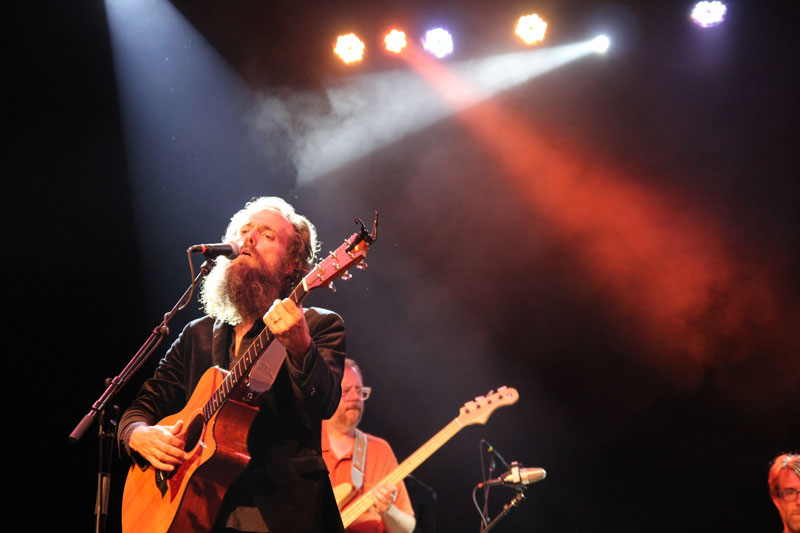 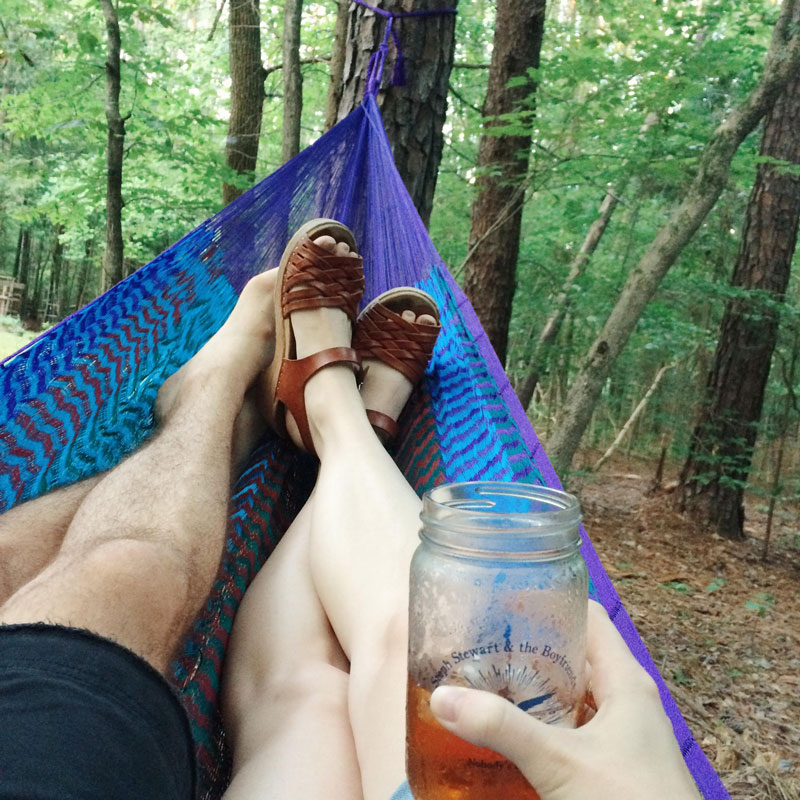 Like I mentioned earlier, the things I wanted most this year didn’t happen, and I failed at a lot of my goals. There were a lot of unfortunate and upsetting surprises that threw me way off, but I’m glad I took the time to list the good stuff that happened anyway.

This weekend, I’m planning to sit down with some fancy takeout and Susannah Conway’s Unravelling the Year Ahead 2016. Even though most of the shitty things that happened this year were way beyond my control, I want to analyze how I could have been more prepared to respond to them better. I’ll be sharing a new list of goals here soon — this year, holding them more loosely and being open to new surprises (hopefully better ones than 2015 had in store) and trying to be both flexible and hopeful for what lies ahead. 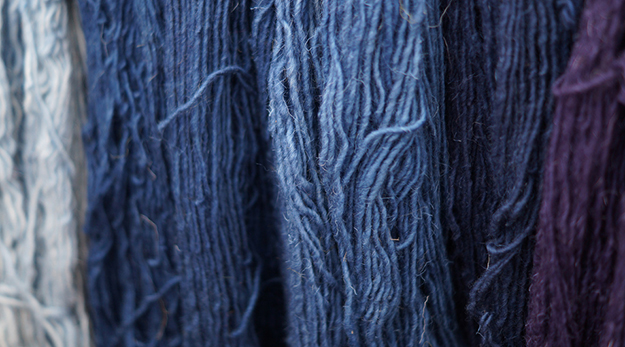 I pretty much ascribe to the school of thought that resolutions are generally whack. The things I want to do more of (or less of) each year tend to be pretty much the same. More creating, experimenting, traveling, friend hangs, etc. Our Unravelling the Year Ahead experience is pretty great for mapping out your year in broad strokes, and I tend to stay pretty vague even when there’s space to get specific.

So in addition to the broad sweeping adjectives I chose for 2014, I decided to make a to-do list as well. The list had two rules: Each item has to be realistically attainable and actually measurable. No vague words. No “do more yoga” or “read more books.” Each item is a quantifiable task. I hope that sharing them here is a good way to apply some healthy pressure to for me to make a plan to complete each of them.

Some of these are pretty lofty, but with some planning they should be reasonably attainable over the next twelve months. Do you make resolutions or goals? What are your plans for the year? 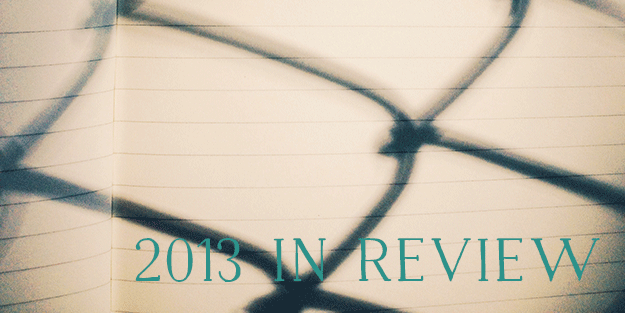 These year in review posts are all over the interwebs, but my favorite format has been Pam’s bullets. She recommends that you keep a .txt file throughout the year of your accomplishments. That way, when asked about accomplishments at a job interview or review, or just in your own personal reflection, you have something to reference. In lieu of that, Chad and I literally went through our entire past year of Google Calendar while remembering 2013 and planning 2014. I’ll try to keep my own bullet list this year so next year’s reflection doesn’t take as long.

While 2013 certainly wasn’t as full of as many dramatic and obvious changes as 2012, I have come a long way. Sometimes it’s hard to see growth day to day, but when contextualized over an entire year, the progress I’ve made feels really significant. It’s been a year of subtle but pervasive change.